Can You Beat a Breathalyzer?

DON’T USE A GIMMICK TO TRY TO BEAT THE DUI BREATHALYZER!

Any person who believes he or she can read a website or watch a YouTube video to learn how to beat a breathalyzer test, is an idiot. No one should think that a gimmick like putting pennies in your mouth will work and help the person beat a modern, forensic DUI breathalyzer.

Today’s breathalyzer calculator devices are 6th or 7th generation technology, using either infrared spectroscopy or advanced fuel cell systems, or both. Original breath alcohol testing equipment was invented in the 1930s and has gone through dozens of modifications, fail-safe procedures, computerization of results, and reports of malfunctions.

DUI-DWI laws around the United States have a type of “special” impaired driving law that was created in the early 1950s, called “implied consent” laws. Georgia DUI laws originally permitted a driver to have a 0.15 BAC level, but pressure from the federal government has pushed the adult BAC level to 0.08 grams percent in 2018.

These implied consent statutes apply ONLY to citizens charged with drunk driving and drugged driving cases. Up until that time, only one kind of driving while intoxicated crime existed, which was called various names in different states:

Operating while intoxicated (OWI) in Indiana

Operating under the influence (OUI) in Maine

Driving while under the influence (DWUI) in Wyoming.

The purpose of an implied consent law ORIGINALLY was to use the threat of taking away a person’s right to drive to convince the driver to consent to a post-arrest sample of blood, breath or urine. When this forensic evidence is collected, it creates a SECOND type of DUI charge: being over the legal limit, which is known by DUI attorneys in most states as DUI “per se” (pronounced PER SAY).

Per Se Meaning: How Is a DUI “Per Se” Different?

Quickly translating this, the already-arrested driver could be convicted of driving under the influence EVEN without any proof of bad driving or the inability to drive safely, due to an intoxicating or impairing substance. This meant that the Prosecutor’s job became easier to secure a conviction, and required much greater DUI defense lawyer knowledge of breathalyzers, field sobriety tests, and alcohol or drugs testing protocols.

The advent of such laws also helped spawn a sub-specialty of criminal defense law, sometimes called “drunk driving defense.” For about 20 years, the National College for DUI Defense has overseen the American Bar Association’s testing and certification of criminal lawyers to become a Board-Certified DUI attorney, which is recognized in most states across America.

REFUSAL MAY NOT BE THE RIGHT ANSWER

While many DUI lawyers post “blanket” legal advice to “refuse” the breathalyzer test, this is not the best advice in many states. These 7 state law examples explain this point:

IF I DON’T REFUSE THE BREATHALYZER, WHAT SHOULD I DO?

Because he is only licensed to practice law in Georgia, Atlanta DUI lawyer William C. Head will only give advice in Georgia. His advice (for a typical DUI case not involving death or serious injury or a felony DUI, due to repeat DUI prior offenses) is as follow: 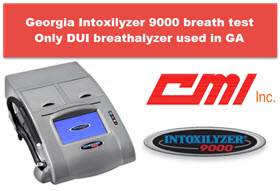 TOP 50 WAYS TO BEAT A BREATHALYZER

Hire a DUI Lawyer Who Has Beaten Breathalyzer Tests at Trial

William C. (Bubba) Head is an Atlanta DUI Lawyer who has handled thousands of drunk driving cases in Georgia, and several other driving intoxicated cases outside the state of Georgia. In over 20 cases, the State’s breathalyzer test exceeded a 0.20 BAC level, yet the jury rejected the breath alcohol test results.

The DUI lawyer Atlanta GA has been a DUI book author on more than a DOZEN different books since 1991 on the topic of aggressive DUI defense. In national seminars, the Georgia DUI lawyer has helped over 800 criminal defense attorneys learn advanced trial tactics for defeating a breathalyzer test.

He has two highly skilled partners, Larry Kohn and Cory Yager, with thousands of DUI cases under their belts. Plus, in 2016, both partners became legal book authors for chapters in national, criminal trial practice books.

To win your DUI case, you need a DUI lawyer who knows the local court and its personnel and can find ways to win your drunk driving case. Many clients are satisfied to have the DUI reduced to reckless driving or some other lesser charge.

Call 1-844-832-6384 to talk with the best DWI-DUI attorney in Atlanta or in your local court, if you feel that this is who can best serve your needs for aggressive and effective representation. Whether you hire a member of Mr. Head’s law firm or DUI lawyers near me, let our law office guide you about this choice for your drunk driving or a drugged driving case. Ask our Atlanta attorneys how to beat a breathalyzer.