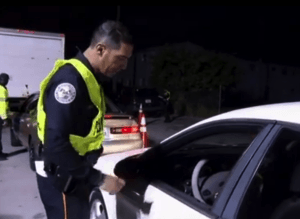 A veteran Cobb County DUI lawyer is in Cobb County State Court almost every day, defending clients against serious Georgia drunk driving charges. Most of our clients had the misfortune of spending at least one night in the Cobb County Adult Detention Center.

When you get back home, one of your first calls you make should be to a top defense lawyer in Cobb County who will listen to everything that happened and will begin to build a solid DUI defense tailored for your specific circumstances. We know how to beat a Cobb County DUI.

Cobb County, located in Northwest Georgia, has some of the highest DUI arrest rates in the State. Not just in total number, but in drunk driving arrests per number of citizens. The Cobb County Police Department aggressively patrols the major roads and highways that run through unincorporated Cobb County, including I-75, I-575, I-285, South Cobb Drive, Hwy 41, and the 120 Loop.

The first hurdle you face is what is called the “Georgia 10 Day Rule.” This means the GA Department of Driver Services (DDS) will receive notification of your driving under the influence arrest and will begin an Automatic License Suspension immediately. If you do nothing, your GA driver’s license may be suspended for up to 12 months. We can stop this suspension by filing a letter of appeal within “10 business days” of your arrest.

You should immediately begin working with a top-rated Cobb County DUI attorney to start fighting against your DUI and related traffic offenses. You want to keep your Georgia driver’s license valid and continue to drive to work and school.

If you cannot legally drive for 12 months, it will be even more difficult to get to your court dates. And MARTA does not have bus service in Cobb County, but you can use a Cobb Community Transit (CCT) bus to get there. Take Bus 45 from the Marietta Transfer Center.

When is My First Court Date?

Your first appearance in State Court of Cobb County is called a DUI arraignment, but you DO NOT have to appear in person. A lawyer from our firm will appear for you and enter a plea of not guilty. Before this initial hearing, your lawyer will talk over the types of pleas you can enter. We advise all of our clients to plead “not guilty” so we can begin to challenge the State’s evidence against you.

It is rare but not impossible to get a drunk driving charge dismissed or reduced to reckless driving. Over 92 percent of all people arrested for DUI in Cobb County are convicted. This is mainly because almost every defendant either pleads guilty at their first arraignment, or they hire an attorney who advises them to plead guilty and “accept the consequences.”

A Cobb County DUI Conviction Follows You for Life

You do not want to be found guilty in State Court of Cobb County of driving under the influence of alcohol or drugs. The initial costs shown above barely scratch the surface. Think about how your future job prospects and income can be curtailed, how much more you will pay for car insurance, and what if the college you want to get into denies you admission because of a criminal conviction?

A DUI in Cobb County, Georgia will weigh on you financially, physically, and mentally. You may have to hide this “secret” and feel constant guilt and shame. It doesn’t have to be this way. We are here to stop this nightmare from ever happening.

Although there are a number of ways to fight a DUI arrest, some of the most common tactics include challenging the arresting officer’s reasons for initially stopping you and/or suspecting you of DUI, questioning the accuracy of your chemical test results, and proving that your field sobriety test results are unreliable. A skilled attorney can evaluate the circumstances that led to your arrest and find any potential flaws in the evidence against you

If you had a very high blood alcohol content, or BAC, on the breath test machine, if you failed the field sobriety tests miserably, and even if injuries or death occurred, do not despair. One of our veteran Georgia criminal lawyers will talk to you about your pending charges, and will defend you at every court appearance and attack the prosecutor’s case.