DUI GA: Driving under the Influence, Misdemeanor or Felony

By: Lawrence A. Kohn, an Atlanta DUI Attorney Near Me and Law Partner with William Head for Over 22 Years

What is DUI? This page is about the crime of DUI GA and focuses on the State of Georgia.

For over a century, after cars were invented, legislatures worldwide have enacted laws to penalize driving while intoxicated. DWI defense has become a subspecialty for criminal attorneys nearby since the 1980s, when Ronald Reagan pushed through major reforms.

Today, almost every state has bolstered laws to mandate alcohol treatment programs for all repeat offenders, and many 1st offenders. All states have implied consent laws. These statutes mandate that the arrested DUI suspect take a chemical test of breath blood or urine (post-arrest) or suffer lengthy license suspension (e.g., 90 days in Alabama and 1 year in Georgia)

Plus, for a refusal to blow, in the past two decades, (due largely to lobbying Legislatures by MADD and the manufacturers of interlock devices), interlock-restricted driving privileges may be the law. In addition, mandatory ignition interlock devices for DUI and DWI convictions now common in first offense cases across America.

Because the USA has no single, national law for impaired driving, the 51 jurisdictions in America have written separate and unique intoxicated driving laws. In doing so, states now use a wide variety of acronyms to identify the crime within each state.

When arrested for OUI in Maine, OVI in Ohio, OWI in Wisconsin or DUI in Florida, you face a drunk driving prosecution. So, to comprehend the DUI meaning or DWI meaning in your state, you must study the DWI case law and DWI misdemeanor statute or OUI law for that state.

Over a dozen states offer first offender DWI-DUI drivers a diversion, or other method to complete conditions and have the DUI 1st offense not reported on your driving record. Some of these jurisdictions include a Maryland DWI first offense, or a first sentence for DUI in Washington State, or a 1st DUI in Mississippi non-adjudication procedure. However, no states have such sentencing alternatives for a 2nd DUI offense.

Under guidance from the federal government, all states have a structure of increasing DUI punishments for repeat DUI-DWI offenses. Some states (e.g., Michigan OWI, Mississippi DUI and Louisiana DWI charges) now make a 3rd offense DUI-OUI a felony. Most of these felony 3rd offense states look at a driver's lifetime driving record.

Other states, like New Jersey have NO felony DWI arrest cases (absent causing serious bodily injury or death), and do not allow jury trials for any driving impaired case. The Garden State takes a pound of flesh on the loss of driving privileges, however.

This article deals with Georgia DUI laws and penalties. Links throughout this page take the reader to more detailed information on some topics related to GA DUI. You will learn why Georgia law on DUI (misdemeanor or felony) is among America's toughest statutes. 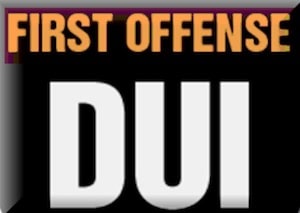 Drivers who consume alcohol, drugs plant material, drugs of any type or any noxious vapors that impair that person's ability to drive safely. When an arrest is made (upon probable cause to believe a detained person is DUI in GA) that arrestee will be prosecuted for driving under the influence (DUI).

What's a DUI in GA? To answer what is DUI in Georgia, you can broadly describe it as being the motor vehicle crime that proscribes driving or being in actual physical control of any motorized vehicle.

Georgia DUI law, under OCGA 40-6-391, allows the Prosecutor to seek conviction on as many TYPES of DUI GA crimes as possible. Georgia DUI laws prohibit any person from operating or being in actual physical control of a motor vehicle if he or she is under the influence of any substance—including alcohol, drugs, marijuana, glue, and/or toxic vapors. 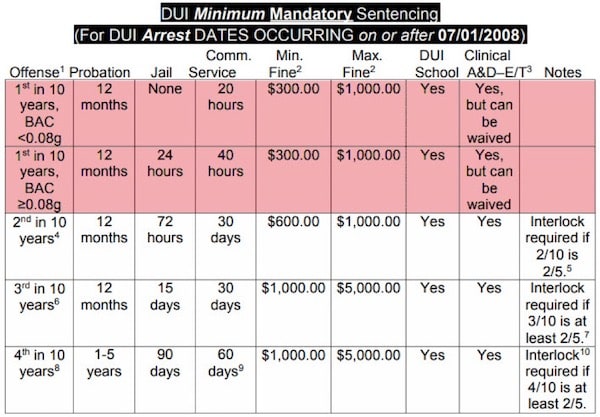 DUI-alcohol, DUI-Drugs or DUI-Marijuana. Six different subsections of the Georgia Code for DUI apply to these varying substances or impairing products. The even numbered sections (a)(2), (a)(4), and (a)(6) all relate to DUI-drugs of one type or another.

Drugs can be contraband, like cocaine, PCP or crack, or marijuana, or even prescription drugs that a person takes under doctor’s orders. Also, over-the-counter products like Benadryl can cause enough impairment to support a Georgia DUI. 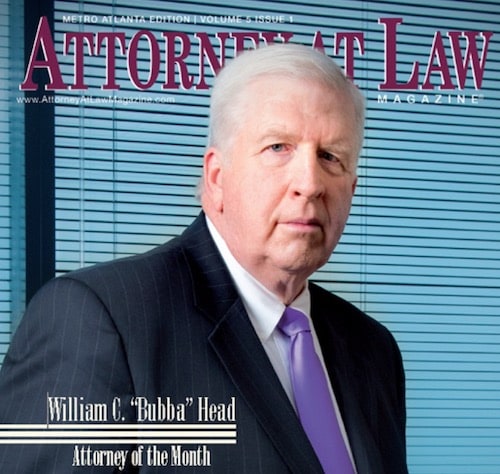 A first offense DUI is a misdemeanor in Georgia. Although a misdemeanor conviction, the long-term DUI consequences and impact on your career, your driving privileges, and the cost of car insurance can be immense. The #1 cause for this is that the Peach State offers no way to expunge, remove or minimize the criminal conviction for the driver's lifetime.

If convicted, even of a DUI first offense in GA, you may face DUI sentencing that includes:

The central theme of this article was to introduce you to lawyers near me that can FIGHT your DUI case. A lifetime of regret will follow simply “giving up,” or using a legal directory to find a cheap DUI lawyer near me. Call today for a FREE lawyer consultation with our law partners: 404-567-5515.

You may be tempted to give up and just plead guilty, thinking that you have no chance of winning your DUI case anyway. However, it you settle for pleading guilty and take a DUI conviction without fighting your DUI case, you will experience all the criminal sanctions, loss of license, and civil penalties mentioned above.

Contact Us
Practice Areas
Georgia Criminal Defense Lawyer Blog - DUI
Client Reviews
★★★★★
Great lawyer helped me out a lot. Very attentive, made me feel comfortable and at ease!! Really knows his stuff - would use him anytime. M.L.
★★★★★
Mr. Larry Kohn could not have been more helpful. I sent him a message for a free consultation, and unfortunately my case had to be handled in another state. But he completely walked me through everything I needed to do, and even offered to assist the lawyer I did find in Virginia should they need help with my case. Jamie V.
★★★★★
Mr. Kohn is just amazing. He is truthful and realistic when explaining potential outcomes of your case and doesn’t force you to hire him or anything. When I met him, he went through everything about the case and ways to fight it off first before even telling me about his services. He got my case dismissed and kept me out of a lot of potential problems with school applications and future job opportunities. I highly recommend him to anyone. Anurag G.
View More
Submit a Law Firm Client Review