Georgia law protects citizens’ right to own a gun, and with the proper carry license, some people may be permitted to carry a weapon in certain public places. Restrictions exist on where people may carry guns and how they may use them to keep everyone safe.

Violating gun laws in Georgia can lead to legal consequences that may include costly fines and jail time, which make an arrest for a gun-related offense a distressing experience. If you find yourself accused, remain silent, and contact qualified criminal lawyers near me. 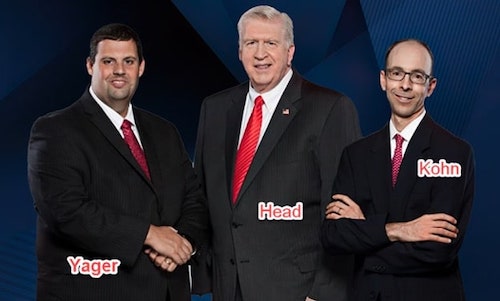 If you have been charged with a gun-related crime, a DeKalb County gun lawyer who is well-versed in the state legal code can help you with your case to best ensure a positive outcome. An experienced defense attorney can begin building your best defense as soon as possible.

In Georgia, a person may have a gun in their home, in a private vehicle, or business place legally without a weapon’s carry license. To carry a firearm anywhere that is not considered their private property, a license to carry is necessary by law. It is legal to carry a firearm outside of private property for hunting or sport if the individual has the proper license for those activities.

There are certain places where even with a license to carry it is illegal in Georgia to have a gun, including a mental hospital, courthouse, prison, nuclear plant, government property with a security checkpoint, place of worship, or within 150 feet of a polling place during elections.

As of 2014, House Bill 60, the Georgia Safe Carry Protection law, made it legal to carry a weapon in many more public places, notably in bars and on school grounds or within school safety zones if it is a parent picking up their child.

Gun-related offenses in Georgia largely relate to carrying a concealed weapon without a license. That offense is a misdemeanor usually requires only a fine. But if that concealed carry occurs in certain places, this crime could be a felony, with up to five years in prison.

Can you have a Gun in your Car in Georgia? Likewise carrying a weapon in any of the places prohibited by law will be a violation of the law and will be charged as a misdemeanor.

Violations may also relate to the way in which a weapon is used. For example, it is illegal to point a gun, whether loaded or not, directly at another person without any legal reason for doing so, and it is illegal to fire a weapon within 50 yards of a highway or street without any legal reason, such as self-defense. Firing a weapon on private property without the owner’s consent and firing a weapon while intoxicated are also offenses charged as misdemeanors.

A Concealed Gun Violation can be a Felony

Anyone who has been previously charged with a felony is prohibited from carrying a weapon under Georgia law. In addition, certain gun-related offenses are charged as felonies. These violations include:

These violations may be punishable by costly fines of up to $5,000 or up to five years in prison if caught doing any one of these acts. Therefore, it is important to have a gun attorney in DeKalb County who can consider the case to negotiate the charges and sentencing to minimize damages.

Working With a Gun Rights Lawyer

A criminal charge for a gun-related offense can come with serious consequences like costly fines and jail time, which can make an arrest a scary experience. State laws in Georgia are meant to protect people, but mistakes happen and getting into legal trouble for carrying a weapon should not result in lasting damages.

DeKalb County gun lawyers near me will protect your rights and will work tirelessly to help you reach the best outcome possible in your case. Contact Cory Yager at our top-rated criminal defense law firm for a free lawyer consultation. 404-567-5515.