An Atlanta DUI charge can be delivered when an individual commits a DUI offense within the city limits of Atlanta which encompasses Fulton County and a bit of DeKalb County. With a DUI in Atlanta, a Georgia State Patrol Officer, City of Atlanta officer, or even a Georgia Tech police officer can pull somebody over for a DUI charge or for a traffic offense that turns into a DUI.

DUI Stops Made Without Probable Cause: DUI Checkpoints

Some individuals are charged with driving under the influence using DUI checkpoint stops in Atlanta, enacted to detect and prosecute drunk drivers. The Georgia State Patrol often operates DUI checkpoints in Atlanta. A checkpoint in Atlanta must be well-identified. The checkpoint must be manned by officers who are familiar with DUI investigations, in terms of how to administer a field sobriety test and how to document the signs and manifestations of an impaired driver. While not perfect at detecting every police car ahead, the Waze app is highly effective at spotting law enforcement down the road.

Further, the officers must stop all vehicles at DUI checkpoints. That law enforcement agency (city, county or state police) must have written directives at the programmatic level in place to determine that the road check or roadblock is designed specifically for DUI or “safety check” purposes, and not for general crime control. In addition, it must be set up by a supervisor and not an officer in the field.

Although the checkpoint can be on any road, usually law enforcement officers will look for people leaving a well-populated area that has good restaurants, shopping, and bars. However, these Atlanta DUI stops are usually not very close to those areas. 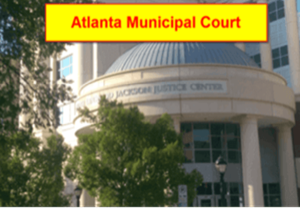 Atlanta DUI cases begin in the Municipal Court of Atlanta at 8 a.m., usually the day following the arrest. A lawyer may appear for an individual, or the individual can appear for themselves for a status conference on the first day of the case. At that point, the Atlanta Municipal Court judge will ask an individual about whether he or she is going to get a lawyer on the case, handle the case themselves, or apply for a public defender.

The judge resets the case after the status conference to inquiry calendar, which may be 60 days after the initial status date after the arrest. Following that inquiry calendar, filing a discovery motion creates an opportunity to require the State to gather all the evidence such as video tapes from the roadway and police reports. Often, at the time these items are delivered to your DUI attorney, the prosecutor will make plea recommendation in the case. You and your DUI lawyer will then to whether to accept the plea bargain.

An individual is obligated to appear for a final plea calendar where they may keep the case in Atlanta, dispose it with a plea, or move it to a bench trial calendar within the Municipal Court of Atlanta, which does not have jurisdiction to conduct a jury trial on the case. An individual can move the case to the State Court of Fulton County or perhaps DeKalb County for a jury trial, if the case happened in the small part of Atlanta that is DeKalb County.

For someone under the age of 21, the minimum Blood Alcohol Content (BAC) level needed to be charged with a DUI in Georgia is 0.02. The legal level in Georgia is 0.08, but an individual does not need to have a minimum BAC level of 0.08 to be charged. DUI less safe cases, where a driver has refused testing, can be accused even without a breath alcohol or blood alcohol test.

The standard of proof in DUI cases in Georgia requires the State to prove that the driver was less safe as a result of consuming too much alcohol or some type of drug. Intoxilyzer 9000 breathalyzer test results can be administered at any Atlanta DUI stop. However, no requirement of any forensic test of blood, breath or urine is needed for a well-trained cop to prove that a driver was less safe to drive in Georgia.

If you are going to pay a DUI expert to try to win your driving under the influence case, what better legal advocate can you get than a DUI book author? All three of our partners fit that description. Try to find another law firm in the State of Georgia that has that kind of legal advisors for your DUI defense.

Mr. Head’s book on Georgia DUI laws is the “bible” for all DUI practitioners who defend DUI cases in Georgia. That is the gray colored book above, The Georgia DUI Trial Practice Manual. His first book, 101 Ways to Avoid a Drunk Driving Conviction, in 1991.

The FREE lawyer consultation and helpful legal fee payment plans are two other reasons to trust your case to our DUI attorneys near me. Call now, 24 hours a day. (404) 567-5515.