Motor vehicle accidents are the leading cause of death for teens between ages 16 and 19 in Georgia and nationally. Statistics also show that the first year behind the wheel of a motor vehicle are the most dangerous time for fatal crashes for any driver, teen or otherwise.

Many young drivers enthralled with the freedom of driving don’t “drive smart.” Car accident wrecks and fatalities for youthful auto drivers exceed the statistics for drivers age 25 and older by more than 10-fold. Because driving is NOT a constitutional right, and is a privilege controlled by each state’s lawmakers, Georgia passed a law to curtail at least some portion of those annual deaths. 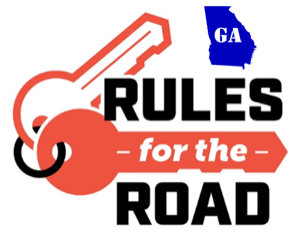 The State of Georgia legislature (in the 2005 Session) passed Senate Bill 226, also known as Joshua’s law, a tough new Georgia teenage driver law. The law was passed to honor the life of Joshua Brown, a Cartersville GA teen driver. His father led the effort to enact stricter Georgia driving laws for teens following his death. The new statute was codified under O.C.G.A. 40-5-24 in 2007. The Georgia DDS calls the law The Teenage and Adult Driver Responsibility Act or “TADRA,” by its acronym.

Prior to the passage of TADRA, Georgia had no mandated defensive driving requirement for our youngest drivers to complete before being allowed to drive at age 16. This graduated license law resulted in Georgia teen driving restrictions that have now been adopted in multiple other states.

Among other things, the new licensing law required all teens under the age of 17 who apply for a Class D Georgia driver’s license on or after January 1, 2007 to show proof that he or she has taken certain driving lessons. This shows that the youthful future driver has successfully completed a Georgia DDS-approved drivers’ education course from a Certified Driver Training School.

The goal of these new teen driving laws is to not assume that all parents can or will take the time to instruct their children who become young drivers on all the proper rules of driving safety.

In an overall broad statement, it should be noted that drivers under age 21 are penalized (via loss of driving privileges) for any major traffic convictions like hit and run, reckless driving or DUI in Georgia. Plus, their rules for “points” accumulation are more strident and punitive.

Since the now-famous “Georgia 6 month driving rule” is synonymous with his name, it is helpful to know the history behind it. Joshua Brown was a 17-year-old from Cartersville, Georgia who loved football, baseball and music. He had been accepted to a prestigious northeast college to pursue his musical interests following his high school graduation. 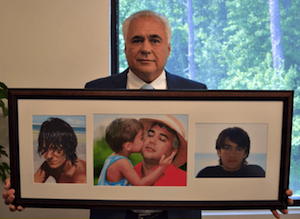 However, while driving a pickup truck in the rain at a speed higher than the posted limit, the vehicle hydroplaned Because of his musical talent, he was accepted into a prestigious music school in Boston, where he planned to attend after his high school graduation.

On July 1, 2003, he was driving on a two-lane road in the rain when his truck hit a puddle of water and lost traction. The truck hydroplaned and could not be steered, crashing into a tree. He later died from his injuries on July 9th.

Georgia legislators overwhelmingly agreed with Joshua’s father, Mr. Alan Brown, that legislation could prevent some deaths by using a multi-step driver’s ed course. Human factors experts predicted that this early licensing driver license law for teens would be something that would help reduce the high number of deaths and crippling injuries.

The goal of Joshua’s Law is to avoid such tragedies by requiring important, prior driver training. A foundation has been established in Joshua’s name, and his father continues to try to have other states implement such gradated licensing laws.

This law mandates special driver training via a certified driver education course. This may be either a certified course under instruction by a state-approved school, licensed by the Georgia Department of Driver Services (DDS). It can also be accomplished under your parents’ or guardian’s oversight. The program is to be comprised of two parts, theory and practical (on the road).

The theoretical part involves a minimum of 30 hours of instruction. This may be in a classroom or taken online on the Internet. The online course will be a DDS-approved driver online course. Parents seeking to handle the training can receive a complimentary DDS Parent/Teen Driving Guide.

The novel law led to a 3-stage “graduated” licensing law is aimed at lowering the number of fatalities of young Americans. Three different restricted driving levels were enacted on 3 different six-month periods of time.

Step 1 prohibits the Class D driver from transporting any non-related persons for six (6) months. Step 2 covers the youthful driver’s second six months of operation, allowing the new driver to have only one peer (non-related) passenger in the vehicle he or she is operating. After one year behind the wheel, a GA teen driver in Step 3 of the Georgia teen driver law can have no more than three other passengers who are not related in that vehicle.

A complex and detailed path to early licensing must be followed for a driver to start driving at age 16 or 17. The package of prerequisites for 16-year-old drivers is the most detailed and extensive. Those rules are set forth below for 16 and 17-year old applicants. 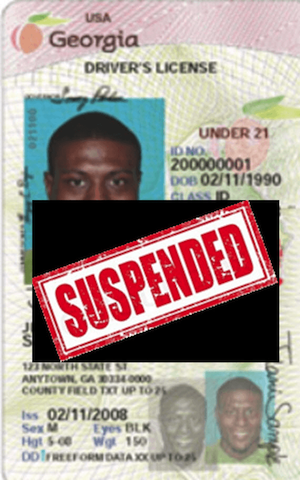 Some young Georgians opt to delay applying for a driver license. If they wait until 17 years old, teen drivers are not required to take a driver education class. However, these young people must still complete a cumulative total of at least 40 hours of supervised driving experience, with at least 6 hours of night driving.

Applicants also must pass the DDS GA road test skills test with a minimum grade of 75% correct answers. Plus, for this, a parent or guardian must be present. Go to this instructional permits and graduated licensing law link for the wording of Georgia law.

If your teen driver is facing loss of his or her driver’s license, call the Georgia lawyers who have handled over 10,000 traffic ticket cases. Alltraffic charges become misdemeanor convictions, if you don’t fight for an alternative resolution.

Where losing driving privileges is the pressing issue, and an alternative solution can be worked out, our law office is the place to call. Our three award-winning attorneys in Atlanta can offer a game plan in almost all cases. Ex-police officer Cory Yager, AVVO 5-star ratings leader Larry Kohn and William C. “Bubba” Head, are ready to assist you.

Our law group has relationships with criminal attorneys near me in every part of Georgia. These local connections are the key to successfully navigating the tough license suspension penalties that teen drivers face. Early action is critical, since UNDOING a suspension is less likely and more costly to handle. For a free lawyer consultation, dial (404) 567-5515.