A Johns Creek GA disorderly conduct charge is a must appear offense. This means that anyone facing these criminal charges must try their case in the Johns Creek Municipal Court. As such, they are offenses anyone charged with should take seriously. 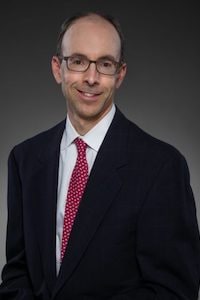 If you are facing charges of disorderly conduct, contact a Johns Creek disorderly conduct lawyer to help clarify some of these issues. A skilled criminal attorney near me could begin a path toward ensuring the best possible outcome for your trial.

What Is Considered Disorderly Conduct?

Disorderly conduct falls into a class of crimes designed to protect the peace, order, and safety of society. However, the charge often covers a variety of actions that “disturb or endanger the public peace or decency.”

A person can also face charges of disorderly conduct if they use threats or words against another person that are egregious enough to be considered fighting words that incite a violent reaction, such as racial slurs. A person who fails to follow police orders after being told to clear a public way so as not to disrupt the flow of traffic can also face these charges.

What Are the Penalties for Disorderly Conduct?

It is also important to note that the law treats continuous acts of disorderly conduct, such as a continuous breach of peace by a property owner, as separate offenses. This means the court will treat each day of the offense as a new charge.

Since disorderly conduct is a city ordinance, the charge is heard in municipal courts. This means that someone charged with the crime in Johns Creek will need to appear before a judge in Municipal Court for a hearing as well as sentencing. A defense attorney near me could attempt to mitigate the penalties that an individual may face.

If you are facing such a charge, it is important to contact a Johns Creek disorderly conduct lawyer as soon as possible. An attorney who knows the local legal system can help guide someone facing these allegations through the legal process more efficiently than a lawyer who has no experience with local judges and prosecutors.

Further, given the level of possible fines and jail time, it is important to have a lawyer by your side who can work towards the best possible outcome for your case. Call today for a free consultation and know that you are in capable hands with good lawyers near me like the ones at Kohn & Yager. Call us at (404) 567-5515 day or night and get answers to your most pressing questions.