By: Atlanta DUI lawyer and Ex-Police Officer Cory Yager, and one of the best DUI lawyers near me in metro Atlanta Georgia

A DUI arrest for a 1st DUI in Georgia is a disruptive, frightening, and unsettling event. Because the plastic driver’s license is almost always confiscated, the arrested DUI driver’s right to drive becomes questionable, and finding an easy summary of the law on driving under the influence in the Peach State is quite challenging.

Once the arrested person has access to a computer again, he or she begins searching for a DUI law firm with highly rated lawyers for DUI near me. Checking each lawyer ratings, and learning more about Georgia DUI laws, the search for the top Georgia DUI attorney is underway.

Most people will either ask a friend or an attorney acquaintance about who are the best DUI defense lawyers near me in Atlanta GA. Some Google terms like “affordable DUI lawyers near me” or “cheap DUI lawyers near me,” since they often think that they have no chance to beat the DUI case. This article and the others linked from this page will convince you that winning is possible when the best DUI attorneys are retained. 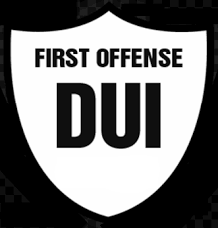 This next section informs you of the 30-DAY limit for taking action to preserve your right to drive. No more valuable service from the criminal defense attorney whose law practice serves Atlanta you hire is the proper handling of this administrative law aspect of your DUI arrest.

WARNING: Be aware that every drunk driving arrest (even a DUI DWI 1st offense) for a violation of GA DUI laws carries a potential administrative license suspension at DDS GA, due to Georgia implied consent laws. You only have 30 days AFTER arrest to opt for one of two options in order to save your driving privileges in GA. Get legal help from a top-rated DUI attorney Georgia immediately!

Be aware that you may face suspension EVEN IF YOU BLEW into the breathalyzer at the police station or jail and were over the legal limit. For certain, of you refused the post-arrest chemical testing of your blood, breath, or urine, you are facing a potential “hard suspension” of all driving privileges for ONE YEAR. This alone justifies stopping to get a FREE lawyer consultation with a DUI attorney Atlanta.

A DUI refusal suspension, for NOT agreeing to take a post-arrest chemical test, is the most devastating license suspension, potentially being 12 months in length, and without any driving permits for those motorists. For Georgia licensees ages 21 and over, with no prior DUI convictions in the past five years, having an Intoxilyzer 9000 breath alcohol result over the limit allows for an immediate restricted driver’s license.

Driver’s License Consequences for DUI 1st Under Georgia DUI Laws. Simply stated, every DUI conviction takes away the motorist’s Georgia license, or an out-of-state driver’s ability to drive in Georgia. This penalty includes the person with a first DUI conviction.

The suspension period is 12 months, but early reinstatement for some Georgia licensees is available. The Georgia Department of Driver Services (Georgia DDS) is legally required to suspend a GA driver’s license or send a notice of conviction to the driver’s state, where he or she faces either suspension or revocation.

Without question, being a first DUI offender is FAR better off (for getting driving privileges restored at GA DDS) than what happens to a DUI 2nd offense in GA. The conditions upon which a 1st DUI in five years will be able to utilize for driving are far less restrictive than for drivers in Georgia with a 2nd DUI in GA within five years.

Learn From Our DUI Attorneys Near Me: What Happens for Your First DUI Offense?

For decades, DUI laws in Georgia under OCGA 40-6-391 have prescribed statutorily required punishment that includes multiple, mandatory Georgia DUI penalties and consequences. (See Mr. Head’s handy DUI Chart for all offenses here.) On a DUI first offense, these immutable, unavoidable punishments [as contained in subparagraph (c)(1), sections (A) through (F) of OCGA 40-6-391] will apply to your DUI case in Georgia, if convicted:

Jail time, which (with rare exceptions) calls for not less than 24 hours in jail or more, up to 12 months in custody. This jail time will be followed by mandatory probation for one year, minus any days in custody. No early termination possible.

Fines and surcharges (legislatively imposed taxes for being convicted of impaired driving in GA) that total in excess of $950, on average. The highest potential total cash outlay on a DUI 1st offense is over $2,000 on a DUI-drugs 1st offense DUI in GA.

Community service of 40 or more hours, at the Court’s discretion.

Mandatory alcohol and drug assessment (called a clinical evaluation), with a requirement to complete all conditions of therapy or treatment, within a fixed time frame, prior to probation terminating.

Criminal conviction triggers a loss of Georgia driver’s license OR the ability to drive in Georgia, for out-of-state licensees. A limited permit CAN be obtained by most (but not all) drivers facing a 1st DUI. Depending on where the person is licensed, total loss of the ability to drive in Georgia may exist for at least 120 days. Any person already suspended for an administrative license suspension in the current DUI case, due to an implied consent “refusal to be tested,” continues to be suspended until the passage of one full year (12 months) has passed. Limited driving permits are not available for such administrative suspensions.

DUI classes (which is called the Risk Reduction program in GA), in order to EVER reinstate the right to drive in Georgia. These classes apply to any driver, whether from Georgia or not, but some similar DUI school programs in sister states may be able to supply suitable proof of completion of a Georgia DDS-approved program.

Missing from this list is ANY chance of a DUI deferral, DUI diversion, expunction, “aging off,” or record restriction for a driving while impaired conviction in Georgia. You take the conviction to your GRAVE.

The number of times the conviction will become “an issue” depends on everyone’s life, but the more complex and multi-faceted the convicted person’s life, the more barriers, inconveniences, and loss of entitlements he or she will encounter. Only trust your defense to a DUI defense attorney near me that is highly qualified and rated.

Consequences for a 1st time DUI GA are ranked among America’s toughest. For details on what happens to first time DUI offenders, go back to the section (above) where those DUI consequences are detailed.

The entire point of this article is to DISCLOSE how bad your future will be if you mistakenly let cheap DUI lawyers plead you guilty, when excellent DUI defense may be available in your driving while intoxicated case. When people learn that they have cancer, most will diligently search for the best oncologist and the best surgeon for removal of a tumor. However, with legal matters, some highly intelligent people try to self-assess their legal problem and never bother to call the best DUI lawyer in America.

Does Georgia Have a First Offender Program or DUI Diversion?

NO, Georgia offers no licensed driver of ANY type a First Offender Program plea, whereby the DUI offender proves himself or herself over a period (e.g., one year or more) to have learned a lesson about not drinking and driving. The concept of having such a program is an acknowledgment of DUI being the only CRIME OF DEGREE in the world, and that adult drinkers can misjudge their BAC levels.

Other states (WV and MS, for example) have excellent programs for a 1st time DUI offense in either a DUI deferral as used by West Virginia or a DUI expunction program that the state of Mississippi enacted a few years ago. Georgia DUI law has NEVER had such a program in our history.

The Search for Law Firms Near Me with Experienced DUI Specialists

The starting point for fighting a DUI in GA is limiting your search for attorneys near me to the BEST qualified attorney and law offices. For the last two decades, the consensus DUI lawyer Atlanta has been Bubba Head, best DUI lawyer in Atlanta, GA. But he has partnered with Larry Kohn and the author of this article, and both partners are also now recognized as top rated lawyers near me for both DUI law and criminal defense.

By only hiring the attorneys for DUI defense with multiple industry recognition for ALL or MOST of these top legal industry accolades, you should be fine:

Call our 24-hour DUI LAWYER HOTLINE: (404) 567-5515. Why not take advantage of our firm’s FREE lawyer consultation and FREE legal advice? Our legal staff will send out our Questionnaire, so please complete all required fields. During this free consultation, you learn about how we would approach your DUI representation.