Georgia laws expand the definition of prostitution into any number of acts that in any way aid or profit from the act of prostitution itself. Not only is an individual offering a sex act liable to be punished under these laws, but anyone who attempts to purchase these services may also be charged. A professional Dunwoody GA prostitution lawyer can work to represent those who have been charged under Georgia’s prostitution statues to fight for their rights and their freedom. Read on to learn more about how the best criminal lawyers near me could offer you their assistance today. 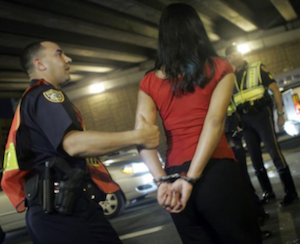 Georgia Code 16-6-9 defines prostitution as when an individual performs or offers to perform a sexual act for money or anything of value. Other sections of the law expand the list of illegal activities that are related to prostitution. These include keeping any place that offers seclusion for the practice of prostitution and acting as a pimp for the purpose of aiding or arranging an act of prostitution.

An additional illegal practice includes pandering, which is when someone solicits another to perform an act of prostitution. This can be for either their own benefit or for that of a third party. Any qualified criminal defense lawyers near me could assist those accused of these acts with aggressive defense strategies on their behalf.

An individual’s potential penalties for a prostitution conviction may vary based upon a number of factors. Prostituting oneself is most often charged as a misdemeanor. This classification holds no matter the number of convictions that an individual may have. It is punished by up to one year in jail, a fine of up to $1,000, or both according to Georgia Code 17-10-3. If the offense was committed within 1,000 feet of a school, place of worship, or a playground, the fine will be $2,500. All convictions for pandering, pimping, or abetting prostitution are charged as misdemeanors of a high and aggravated nature. This simply means that the fine may be increased to $5,000.

In situations where the offense is pandering or pimping and the sex worker is under the age of 18, the penalties are converted to felonies that carry a mandatory jail sentence of at least five years and enhanced fines. More information about sentencing for prostitution and related crimes can be found in Georgia Code 16-6-13. In addition to any criminal penalties that result from conviction, defendants may also be compelled to surrender their personal property. Georgia law allows the police to seize and keep any vehicle used in the commission of a pimping crime. The same may be said for all proceeds of a prostitution enterprise. Reach out to good lawyers near me and make sure you verify their awards and client reviews.

Being charged with a crime involving prostitution is a very serious matter. Even those who are charged with aiding a prostitution enterprise face jail time and stiff fines upon conviction. Any vehicles and proceeds of these enterprises will be forfeited to the state under civil forfeiture law. In addition, individuals convicted of pandering will be forced to pay for a notice to run in local newspapers informing the public of the conviction. Therefore, an individual needs to consider not just their freedom, but also their reputation in the community.

A determined Dunwoody prostitution lawyer can work to analyze the prosecution’s case, speak to witnesses, and provide a thorough defense for your circumstances. Call Larry Kohn at (404) 567-5515 and talk to him during your initial free consultation.