Hit and Run in Georgia

What is considered a hit and run charge? High schools in all states should teach all students basic driving rules about a hit and run accident, but don’t.

Simply stated, Georgia state law requires any driver colliding with a person or occupied vehicle to stop at or return immediately to the scene. If a person complies, a criminal attorney near me can have the hit and run charges dropped, in most cases. Don’t contact your insurer and possibly be recorded admitted to facts that could compromise your criminal defense.

Since almost all Americans have a driver’s license and drive, this lack of training before seeking a driver’s license is a huge legal problem. the state of Georgia is no exception to cursory or insufficient driver’s education. Even new students attending law school don’t walk into their legal training knowing how harshly a hit and run punishment could be.

Especially at night, law enforcement officer responding to a Georgia accident in their jurisdiction expect DUI charges to be associated with most cases. A car accident can happen at any time, but a DUI hit and run is more likely to happen late in the evening, when fewer cars and other witnesses could identify the person or tag number of the vehicle fleeing the scene of an accident.

Is hit and run a felony? when it comes to panicking and leaving the scene of an accident, hit and run laws in Georgia call for felony consequences if any person impacted from such a crash suffers significant injury or death. Georgia laws on “serious injury” broadly cover injury as being any burns, scars, broken bones, disfigurement (e.g., losing a finger or facial scarring) or suffering organic brain injury. 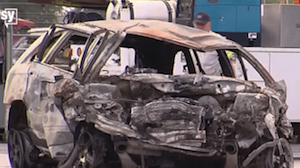 the details of all legal requirements of misdemeanor or felony hit and run charges can be complex. but these are things that must be done, if the situation calls for it. But not departing the scene is rule #1. This article addresses the obscure law and outlines a driver’s obligations, if such an event occurs. The first law i address below is OCGA hit and run.

One major hit and run Georgia penalty can put a person behind bars for many years. A hit and run fatality can mean a felony sentence up to 5 years. In simple terms, “hit & run” means that the other driver flees the scene, without assisting the victim or leaving identification. Hit and run punishment means that you can go to jail for a hit and run, particularly with injuries or death resulting.

Since thousands of hit and run cases occur in the peach state annually, the lack of giving notice of how to report hit and run is a tremendous educational oversight. Simply stated, the rules are that if the vehicle you are driving strikes any “occupied” vehicle, even slightly, the person needs to stop there, give your contact information, and try to render aid. Personal injury need not be suffered by the other motorist.

How to get Out of a Hit and Run Charge 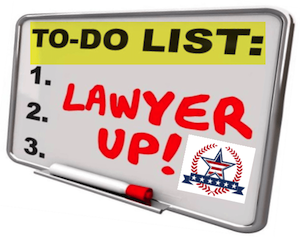 Before calling police (or law enforcement calling you) you’d be smart to look for criminal lawyers near me with experience as an attorney for hit and run. Typically, what happens in a hit and run is that emergency calls to police send patrol cars to the location seeking that described vehicle or driver.

In most cases, that suspected hit and run Atlanta scenario will have police dispatch look up the tag and the home address of the driver, and a patrol unit will go there looking for the vehicle and/or driver. Although security cameras may have caught the crash, police often can’t get access late at night to ask business owners to allow them to see this footage.

What constitutes felony hit and run in Georgia as a distinct crime from vehicular homicide GA by hit & run under OCGA 40 6 393? 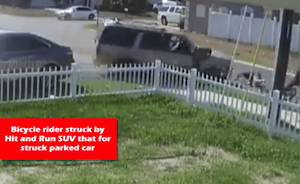 To read about the crime of homicide by vehicle from a hit and run incident, click the link. A differently worded statute under subsection (b) of O.C.G.A. 40 6 270 deals with when a driver departs the scene of a crash that kills another, without making any effort to assist the victim.

By stopping and trying to render aid, the driver prevents this potential felony from being accused against him or her:

(B) If such accident is the proximate cause of death or a serious injury, any person knowingly failing to stop and comply with the requirements of subsection (a) of this code section shall be guilty of a felony and, upon conviction thereof, shall be punished by imprisonment for not less than one nor more than five years.

How The Georgia Supreme Court Handled a Constitutional Self-Incrimination Challenge

While the convicted driver did not directly impact the other vehicle, recklessly cutting in front of the other vehicle and causing that car to veer off the road and strike trees is enough proof. The driver’s action of going to the rental car company to switch to another vehicle with a different tag was part of the proof of his knowledge for having caused the accident. Bell v. State, 293 Ga. 683 (2013). 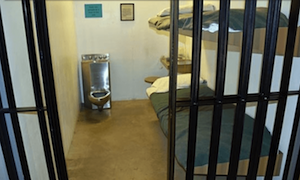 A constitutional challenge based upon self-incrimination (that occurred by having to stay at the scene, unrepresented by a criminal lawyer) by being statutorily required to not leave the scene (OCGA 40-6-270) was rejected in the Bell case. In Bell, the appellate court pointed out that because no confession or conversation with police was required. The at-fault driver merely had to remain at the scene of the collision and provide identification (name and address) to prevent facing the more serious felony offenses.

Bell had been sentenced to 15 years in prison on felony homicide by vehicle by reckless driving, plus another 5 years to serve consecutively, for leaving the scene of this accident. Of the 20 total years, the trial judge required the first twelve (12) years to be served in prison.

The offense of “Duty upon striking unattended vehicle” reads as follows:

Additionally, striking a fixture such as a telephone pole, mailbox, subdivision sign, street marker or directions sign or any other roadside item is a separate crime under Georgia traffic laws as contained in O.C.G.A. 40-6-272. This Georgia code provision is entitled “Duty upon Striking Fixture.” The misdemeanor traffic offense statute reads as follows.

The driver of any vehicle involved in an accident resulting only in damage to a fixture legally upon or adjacent to a highway shall take reasonable steps to locate and notify the owner or person in charge of such property of such fact and of his name and address and of the registration number of the vehicle he is driving and shall, upon request and if available, exhibit his operator’s license.

Another Georgia law creates an offense that criminalizes not reporting certain accidents to police ASAP. That hit and run law is found in OCGA 40-6-273 is the “Duty to report accident resulting in injury, death, or property damage” and states in the pertinent part: 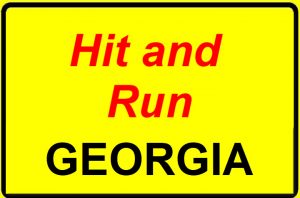 Additionally, such a driver is tasked with additional “reporting” requirements [in OCGA 40 6 273.1] of what should be given to police investigating any “act” under the 40-6-273 statute:

The law enforcement officer at the scene of an accident required to be reported in accordance with the provisions of Code Section 40-6-273 shall instruct the driver of each motor vehicle involved in the accident to report the following to all other parties suffering injury or property damage as an apparent result of the accident:

Being charged with hit and run is highly serious. One reason that these criminal cases require immediate assistance from the best lawyers near me who are specialists in motor vehicle crimes is that serious traffic offenses like hit and run crimes permit civil claims for punitive damages. So, you could have $10,000 in property damages, and $25,000 in medical expenses for an injured person you stuck, that your insurer would pay.

Hit and run lawyer Larry Kohn has handled over 150 of these complex cases. Any punitive damages for not complying with the law and staying at the scene or providing insurance and driver’s license information could be $300,000 or more. You pay these personally, since liability insurance carriers do not cover punitive damages.

Having investigated hundreds of hit and run cases while working as a policeman, the author could write a book on how to fight a hit and run charge. Many times, he has rolled up in a patrol car, and hit the scene before the at fault driver has escaped, and has sometimes had to utilize a foot chase to

Searching for cheap criminal lawyers near me is a poor choice. Handling these challenging criminal defense cases (for felony or misdemeanor hit and run) require significant skill and a good bit of legal time, like a homicide case. When you retain a lawyer for hit and run, do not hire anyone with fewer than 50 cases under his or her belt.

Our law firm of award-winning criminal attorneys and legal book authors provide you with a FREE lawyer consultation near me. Talk to 43-year veteran William C. “Bubba” Head, ex-cop Cory Yager or Georgia traffic laws expert Larry Kohn. Call (404) 567-5515 for that no-cost appointment NOW. A hit and run in GA can be reduced, but you must hire a legal team with clout and experienced in these terrifying criminal cases.