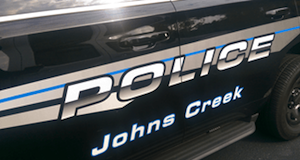 Being stopped for traffic violations and then arrested for drunk driving by the Johns Creek police is the start of your quest to locate the best defense attorney in Johns Creek Georgia for your representation. When facing DUI charges in north Fulton County, you have the top law firm with the best DUI lawyer located a few miles away. Our closest physical office to Johns Creek Municipal Court is located at 33 S Main St #302 Alpharetta, GA 30009.

Many DUI accident or injury cases may have a civil component to be dealt with. While our law office does handle personal injury cases, we may need to refer this part of the case out, especially if your car insurance has a low liability limit. 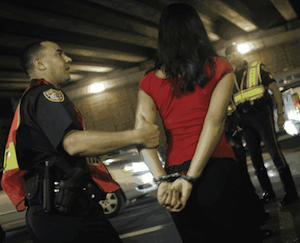 Our main law office is in Sandy Springs GA, and another Fulton County office is positioned downtown, at 235 Peachtree Street. Because fifteen different “city” courts like the Municipal Court of Johns Creek are stretched across Fulton County, having multiple office locations in Georgia’s largest county is beneficial.

Law enforcement in Johns Creek make dozens of DUI arrests and they also have a DUI Task Force with multiple trained impaired driving officers who are dedicated to identifying people who are driving under the influence (alcohol or drugs). The job of the best DUI attorneys is to identify every legal issue available to your DUI defense and use it to get a DUI reduced to reckless driving or a dismissal of the DUI charge altogether.

If you plan to win, hire an experienced Johns Creek DUI lawyer for your DUI defense. Self-representation is OUT of the question. Call only the best Johns Creek DUI attorneys for drunk driving, and our law group has three of those lawyers UNDER ONE ROOF. You need someone on your side who will fight for you as you face these serious charges.

Which Traffic Ticket Attorney Johns Creek GA do I Need?

Our lawyers in Johns Creek Georgia have been going to that court and have represented clients regularly since the City was incorporated. The Prosecutor in the Johns Creek court, Larry Delan, has been serving the City of Johns Creek for about 6 years, but is primarily a criminal defense lawyer and former prosecutor in DeKalb County

Veteran Georgia lawyer Larry Kohn, traffic attorney Johns Creek GA is fully capable of structuring a favorable negotiated plea in most cases in this court. He has been appearing in the north Fulton County traffic court since the City was incorporated and started making arrests. 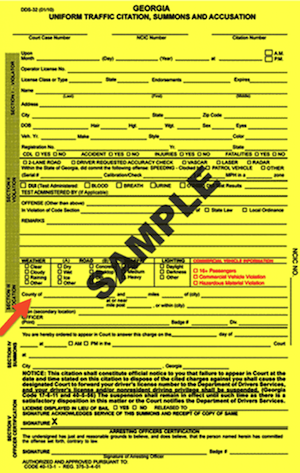 To begin, all Johns Creek traffic tickets are MISDEMEANOR cases. That means all traffic citations issued by city officers for this court are CRIMINAL cases, not infractions, as exists in most states. While the bulk of our legal representation on traffic tickets is for serious crimes like hit and run, attempting to elude an officer, racing, reckless driving in GA, DUI and child endangerment, we also handle super speeder GA citations, failure to yield and following too closely.

Plus, unlike about half the states in America, the State of Georgia offers no diversion, no conditional discharge, no first offender plea, and no youthful offender law for driving while impaired. Plus, a DUI expungement in Georgia is a PIPE DREAM. The state of Georgia has never allowed expunction or record restriction under its DUI law and likely never will.

DUI cases are SERIOUS misdemeanors or can be felonies under certain conditions, which are set forth below. Absent an accident with serious injury or death, while operating a school bus, OR while transporting three or more children under the age of 14 in the vehicle creating a DUI child endangerment, a first offense DUI is a serious misdemeanor only. Whether a misdemeanor or felony, having a DUI on your criminal record is PERMANENT, taking the offense to the GRAVE.

1. The Pullover or Police Encounter

The DUI arrest process typically proceeds in several, predictable stages. Once a Johns Creek police officer makes face-to-face contact (usually from a traffic offense being observed, a car accident, or possibly a 911 caller saying that your car was “weaving” or otherwise driving poorly.) Once speaking to you, the Johns Creek law enforcement officer asks the driver about his or her USE of alcohol or drugs.

NOTHING but your name and address are required, and that information is usually shown on your driver’s license. Don’t blow into a portable breath test at the roadside UNLESS you have zero alcohol in your system. THEN, when asked about any drugs you take, SHUT UP. Name and address only!

2. Police Officer Asks Questions, to Try to Obtain More Evidence Against You 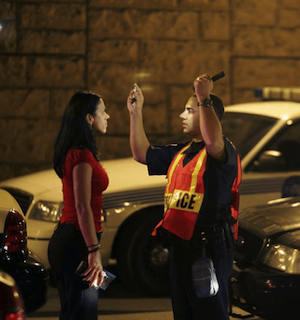 An admission to having consumed ANY alcohol or using any illegal substance ( marijuana, for example) or even taking your PRESCRIBED medications, will lead to the officer’s “further investigation.”

This “investigation” means that the Johns Creek police officer is asking you to STEP OUT of your vehicle, and usually step back to a place between the two vehicles. Almost all people comply without asking questions about WHY you are being asked to exit your vehicle.

3. Roadside Tests are OPTIONAL and VOLUNTARY – Just Say “NO, Thank You.” 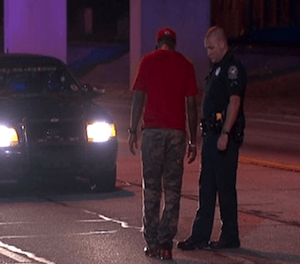 Next, the officer either asks you or tells you that “because you have had” SOMETHING to drink, or admitting to using SOME type of drug, the officer NEEDS to make sure you are SAFE to DRIVE. Then, he or she may or may not mention you having to take a “ field sobriety test ” or “a few simple tests” so that he or she can let you be on your way. He or she will offer and HGN eye test, and some agility tests. DO NOT DO THESE!

4. A Backup Law Enforcement Officer May Arrive at the Scene 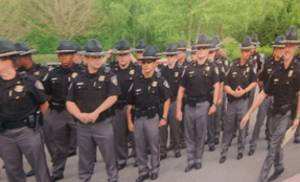 For most police encounters, another law enforcement officer from Johns Creek Police Department will arrive for backup of the initial officer. Sometimes that second officer will TAKE OVER since he or she has more experience with DUI investigations. Either way, the driver should expect to be ASKED to do some “evaluations.” DON’T participate. ALL roadside exercises are OPTIONAL, voluntary, and are NOT required to keep your driver’s license.

Politely say “no, thank you.” More importantly, since field sobriety tests have very poor “reliability,” MOST people totally sober and taking no medications CANNOT perform them, under the police SCORING methods used. If you ignore this advice and TRY to perform, your clumsy performance will be captured on body camera, car camera or both, and THIS EVIDENCE can and will be used against you in court.

5. The Officer’s Arrest Decision Can be Challenged in Court by Your DUI Lawyer

Next, whether you submitted to the bogus field tests or not, you will LIKELY be arrested for DUI less safe. This arrest means CUFFS on your wrists and locked behind your back. Your verbal protests, begging, name-dropping, and all other TALKING will be later used against you, so REMAIN silent. Also, listen carefully to what the officer is about to READ to you or TELL you.

6. Georgia DUI Laws Have an “Implied Consent” Statute: Your License Is In Jeopardy!

The Georgia implied consent law, in a nutshell, is a statutory provision that threatens to SUSPEND your driving privileges in Georgia IF you don’t submit to a post-arrest chemical test of your breath, blood, or urine. You will not be allowed to call a lawyer. The General Assembly changed the flawed implied consent law notice on April 28, 2019. Your answer can cause you to lose ALL driving privileges.

7. Consent or Refusal of the Post-Arrest Breathalyzer for Alcohol Content or a Blood Test?

If you AGREE to the post-arrest forensic testing, then you have likely saved your ability to drive, at least for Georgia-licensed drivers. Saying NO or just remaining silent will be TAKEN TO MEAN that you have REFUSED the DUI test. Such a DUI refusal can cost you the right to drive for a FULL year. Plus, the officer may apply for an electronic search warrant for a forcible blood collection.

8. Georgia Laws PERMIT You to Demand and Get an Independent Test, But Only After Taking the Officer’s Requested Test

Under the implied consent statute, a special provision in Georgia not only allows you to obtain your own independent test (if you have agreed to the state’s test) but lets you pick where to take the independent test. That blood collection site can be the location of a hospital, clinic, or other blood draw location in an adjacent county.

9. Booking, Fingerprinting, Mugshot, Incarceration and Bonding Out of Jail 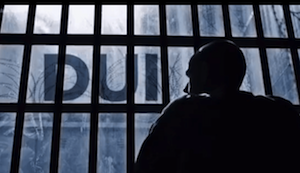 Once your independent test is collected, you will be taken to a detention facility, booked, fingerprinted, and a have a mugshot taken. If arrested for a DUI in Johns Creek, the police officer will ask you to submit to a blood, breath, or urine test. If a Georgia State Patrol officer or a member of the Johns Creek DUI Task Force or another police officer asks you to submit to a blood test and you agree, you may be taken to the North Fulton Hospital on State Highway 9, the highway between Roswell and Johns Creek.

Once out of jail, you will notice a future court date. The Municipal Court of Johns Creek, which is located at 12624 Broadwell Rd, Johns Creek, GA 30004 operates every weekday (except holidays). However, court sessions only take place an average of four times a week. Our lawyers in Johns Creek can appear in Court without the Client, except for the final case disposition.

Keeping certain cases in Johns Creek Municipal Court MAY be advisable, particularly for a first offense DUI. if the client has prior DUIs, moving this case to Fulton County State Court may be part of utilizing the Fulton County DUI Court alternative sentencing. The most experienced DUI attorneys in Johns Creek KNOW how to advise their clients on this issue.

Among Criminal Attorneys Near Me, Our Award-Winning Law Firm’s Credentials for DUI Defense Will be Unmatched

One thing that will stand out when you look for DUI lawyers near me for court in Johns Creek Municipal Court is that only a handful of firms are in the city limits of Johns Creek, Georgia. Plus, looking at Best Law Firms in America, as determined by U.S. News and World Report, our law firm is the only one north Fulton County law firms to make the cut for 2012 through 2019. We also have many cases om Cobb County, DeKalb County, and the many Gwinnett Courts.

Next, our Johns Creek criminal law attorneys offer these benefits:

FREE lawyer consultation, in PERSON, via phone call or by way of video conferencing;

24-7 availability to help you GET OUT OF JAIL, and deal with emergencies ;

FREE legal advice at our lawyer consultation, to help protect your driver’s license from a possible administrative suspension (if you call us in time to protect you);

A FREE PDF copy of Mr. Head’s 430-page book, The DUI Book , that explains DUI laws at a non-lawyer’s level.