It is essential for a person charged with the crime of family violence in Georgia to contact a domestic violence attorney immediately. This is because (in Georgia) every accused citizen can expect to face a restraining order GA in a DV (domestic violence) case, if not an arrest warrant or no contact order. 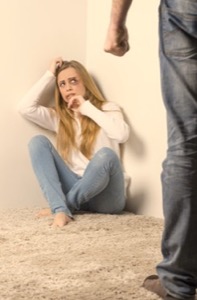 If you are enjoined from communicating with your spouse by virtue of a no contact order, Georgia law prohibits you ignoring or trying to go around those rules. An arrest for any breach of this injunction can occur. In the event of a provable act of circumvention, Georgia domestic violence law allows for the Judge to impose jail time when needed as a deterrent for ignoring lawful judicial orders.

Beyond the preliminary actions that may have taken place already (e.g., by the other household member filing a TPO [temporary protective order Georgia]), finding a way to avoid a criminal conviction is a critically important strategy for your domestic violence attorney near me to implement. Due to this threat of long-term harm, your DV attorney needs to develop a strong overall defense strategy against the various penalties that such accusations can incur. 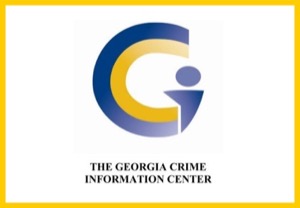 The consequences of a criminal conviction are far-reaching. First, such a criminal record can be detrimental to a person’s current or future employment. The Georgia Crime Information Center (GCIC) is connected to all other state and federal law enforcement agencies. An unexpected and important loss of entitlement for many men (and some women) is that those convicted will not be able to legally own or be in possession of a gun after a DV conviction.

A family violence battery offense can remain as a permanent stain on a law-abiding citizen’s criminal record. This means that others can view the record of that individual. Future employers and possibly others (e.g., landlords, banks, insurance companies) may discover this criminal history and decline doing business with you. In the alternative, you may be placed in a high-risk “pool” with higher rates or limited coverage by an insurer.

Additionally, in Georgia, the second conviction is a felony offense, punishable by years in state prison. Plus, when a protective order is issued by a judge, the alleged violent offender will be placed on a family violence order registry that is available to law enforcement everywhere.

In Georgia, a person charged may opt to assert a self-defense or an immunity defense, based on interceding to protect others. Either defense involves situations where a person has facts available to claim not being the aggressor in the case. 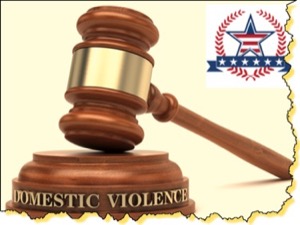 Plus, responding to an initial act of domestic violence, the person being accosted can defend himself or herself. This defense strategy is commonly used in Georgia family violence battery cases. If one is standing their ground and defending themselves, the DV charges can be dismissed.

Self-defense is the most common affirmative defense. Our domestic violence law firm’s experience is that it is often successful if our client has proof of the other spouse having a history of alcohol abuse followed by engaging in incorrigible conduct or violent acts while soused. These accounts may come from children, other relatives, neighbors or even prior police reports of public drunk or disorderly conduct while drinking heavily.

Similarly, a domestic partner or spouse who sees his or her counterpart assaulting or battering a child, stepchild, elderly parent or other household occupant or guest can act to stop that attack by his or her significant other. The extent of the intervention in “defense of others” must be suitably restrained to fit the situation. So, grabbing the assailant’s arm to prevent a fist being swung might be justified, while shooting the person is excessive and not commensurate.

Obtaining Counseling as a Defense Strategy

One important aspect of developing a comprehensive defense strategy for a client facing a Georgia domestic violence accusation is to have our client voluntarily undergo an immediate evaluation. This will be done by a Georgia-certified anger management counselor, psychologist, or psychiatrist.

The time to submit to this evaluation is ASAP after you know that court proceedings are imminent. If you wait to be court-ordered to do this, you have lost a potential proactive step that was done to show that you are taking steps to reconnect to your children and family unit.

If any kind of therapy sessions for anger or violence issues are suggested from your self-imposed evaluation, starting and embracing the sessions is the correct attitude. Hopefully, these can be undertaken prior to going to court.

What if my Charges are Based on False Allegations?

It is not unheard of that a domestic violence case started on false charges, to leverage upcoming child custody decisions in a pending or imminent divorce case. In such cases, the accuser may have goaded the other spouse into a fight, staged a scene at the home, or exaggerated what occurred between the parties when the falsifying spouse was trying to gain an advantage in a civil custody battle.

If a situation has been escalating, and one is fearful of such a “set-up,” steps should be taken to anticipate trouble is brewing. Simple steps can be put in place, such as video recording or audio recording conversations. Georgia is a one-party state, meaning that only one party to any conversation needs to know that it is being recorded. Dozens of free cell phone apps make this technology both accessible and not noticeable. Such evidence, if obtained, can assist your criminal defense attorney to build a cross-examination that effectively asserts this defense, and possibly gets the deceptive spouse to commit perjury in court. When facts are made up, exaggerated, or are just an outright lie, tactics that prove the truth are both wise and effective.

Speaking With a Domestic Violence Lawyer: What to Expect

When preparing a domestic violence defense, a domestic abuse attorney will want to know answers to some (or all) of the following questions to determine his or her defense strategy moving forward. The list below is taken from our criminal justice lawyers’ 77 years of collective experience in being the domestic violence attorney for our prior clients:

Domestic violence GA charges should be taken seriously. These highly serious accusations require professional, expert help from a knowledgeable criminal attorney near me. You may speak to one of our domestic lawyers near me in metro Atlanta, for any of the 19 counties making up our capitol city’s 6 million urban population. 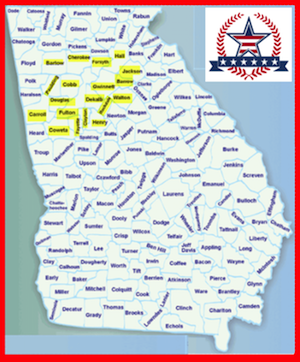 Your legal advocate cannot be intimidated by the District Attorney or Solicitor General that is acting on behalf of the complaining spouse or domestic partner. Calm and collected implementation of a game plan by your selected domestic violence lawyer is essential, no matter what your domestic violence facts in Georgia. William Head, Larry Kohn and Cory Yager bring over 77 years of criminal law experience to the table for our clients.

If you are facing domestic violence and need legal help and guidance, you should call today for a confidential consult with a Georgia domestic violence lawyer near me. He or she must be able to provide you with preliminary ideas about a defense strategy. Only such decisive action will help you move toward an advantageous, favorable outcome.

Our law office accepts calls 24 hours a day to our family violence lawyers in GA. Our lawyers in Atlanta have been representing clients for TPOs, restraining orders and obtaining bond after being arrested nearly 80 collective years of legal experience.