By: Drug Trafficking Lawyer, Larry Kohn, Partner at an Atlanta Law Firm with 3 Super Lawyers for Defense of Drug Charges under the Georgia Controlled Substances Act

Some of what you are about to read about Georgia drug possession offenses is GOOD, and some is FRIGHTENING, like having a criminal record that may end most future job opportunities. The other looming negative consequence is that (if convicted) state prison time can be handed out in decades, and not just in years.

For example, up to 30 years in state prison is possible if convicted of certain repeat offender felony drug convictions in Georgia courts. Therefore, Mr. Kohn, drug crime lawyer near me, emphasizes that your search for a drug trafficking attorney should only include the best lawyers for defending drug charges.

This page focuses entirely on the State of Georgia drug laws and other associated laws, not federal laws. These are the most common criminal prosecutions under Georgia law for illegal drugs, not federal drug cases. A drug crime attorney near me is needed to guide the path.

Remain Silent until with Your Drug Charge Lawyer Near Me

Take advantage of that protection of the Sixth Amendment to the U.S. Constitution. Many people think that their Miranda rights must be given immediately after arrest, and that what they say to police can’t be used against them, if no Miranda warnings have been given.

Wrong! Any spontaneous utterances, or any use of your cell phone while in the back of a police car while the officer is inventorying your vehicle are “fair game” for police to record and later use against you.

Georgia appellate courts have repeatedly ruled that a citizen in the back of a cop’s vehicle has no expectation of privacy. Remain silent.

For anyone in America who is not a full-fledged US citizen, this advice is an absolute imperative. Except for simple possession of marijuana, which entails possessing less than an ounce of marijuana (28 grams or less), under the GA Controlled Substances Act, your marijuana defense attorney will be fighting felony charges in GA. This will lead to deportation, if not successfully fought by your criminal law attorney.

Drug trafficking lawyers near me. The necessity of retaining counsel or having a public defender on criminal defense attorney drug charges cannot be overstated. Winning, or obtaining some type of deferred adjudication or drug court is highly unlikely without a drug crime defense lawyer.

A drug offense in Georgia can be a felony or a misdemeanor. Most drug offenses, however, are categorized as felonies. The type of drug (e.g., LSD, PCP, cocaine) includes some that are illegal to possess for all purposes, while other drugs (e.g., amphetamine) are a legitimate, therapeutic component of some prescribed medications.

Because the wording of drug laws in Georgia is very precise, it is helpful to be able to READ the exact language of each of the usual statutory drug provisions in the Georgia Code, which includes these topics for your perusal. The life-changing punishment for possession with intent to distribute is far different from simple possession of a small amount of weed.

Federal laws and state laws overlap and have different thresholds regarding various “levels” of potential monetary punishment and prison consequences. In the Peach State, federal drugs crimes are usually only brought by federal prosecutors as a means of targeting kingpins involved in international trafficking.

Your Georgia Attorney for Felony Drug Charges Near Me

Sorting through statutes under the Georgia Code, three things will stand out as you try to see how one drug-related crime differs from your criminal charge:

This aspect of drug charges is most important because the prison time for a conviction of Georgia’s toughest drug laws is from diversion and total expungement to 30 years in a Georgia state prison. Having the right drug defense lawyers for your legal advocate is critically important.

Convictions on a drug charge carry substantial criminal penalties. For a few offenders, completing programs offered in special accountability courts MAY be an option. But all state laws in Georgia include being sentenced (after trial) to a jail sentence or state prison stint, and monetary fines, unless the offender and case facts justify a court permitting an alternative probated, sentencing solution such as:

Without question, a person with a first offense stands the best chance for a plea alternative being allowed. Being convicted of a drug offense in Georgia can end jobs, marriages, and future employment opportunities.

Finding a Drug Crime Lawyer at Our Law Firm in Georgia

You already know how serious a crime involving drugs can be. News stories, movies, and hearing (through the grapevine) about your “friends” going away to prison can give you an excellent frame of reference. For YOUR drug case, be smart and get legal advice early.

Remember that ANYONE other than your spouse and DRUG ATTORNEY can be called as a witness against you in your criminal case. DON’T talk about your “situation” with anyone except criminal lawyers, and that positively means to not talk to cellmates at any detention facility.

When you need to contact the best drug defense lawyer. A partner in our law firm, ex-police officer Cory Yager says that “the time is now to start preparing your defense!” Often, once becoming aware that they may be indicted or arrested, people fail to talk to a drug charge lawyer RIGHT THEN, to protect against unintended self-incrimination.

Atlanta drug crimes lawyer, Larry Kohn, notes that many citizens involved with drug crimes often are in a state of denial about the charges that are forthcoming. Even when they know a snitch is in police custody, many will “freeze,” and rely on a HOPE that they will somehow “dodge the bullet.”

The truth is that once you have been targeted for a drug charge arrest, police are just laying back, to see if you (and your cell phone) lead them to other new arrest “targets.” Often, the police can get search warrants and surveille your motor vehicle location and your cell phone information, using a “stingray” device. When confronted, do NOT talk to the police.

Caution: All jail phone calls between a prisoner and ANYONE except legal counsel. On calls with attorney-client confidentiality, your conversations are protected. Other than calls with a license drug defense attorney, expect all others to be taped. Thus, any harmful admissions or incriminatory statements later will be used against the incarcerated person.

Knowing Your Legal Rights and Exercising Them is Crucial

Because many of Georgia drug trafficking cases are lost by our accused clients by them “talking” to police, or the phone calls of clients to or from jail (which are ALL recorded) our law firm does not count on your prior drug charge attorney to have advised you of your legal rights. Follow the link to this video on legal advice when suspected of any crime, and the rules should be memorized.

Why not tap into our law firm’s 83 CUMULATIVE years of criminal law experience, the vast majority of which has involved alcohol or other drugs. Our law office offers an IN-PERSON. FREE lawyer consultation with one of our three Georgia Super Lawyers.

Call our number NOW. Our drug crime attorneys return calls 24-7, so call today at (404) 567-5515. The call is FREE, the legal advice is FREE, and the drug lawyer consultation is FREE. What do you have to lose? 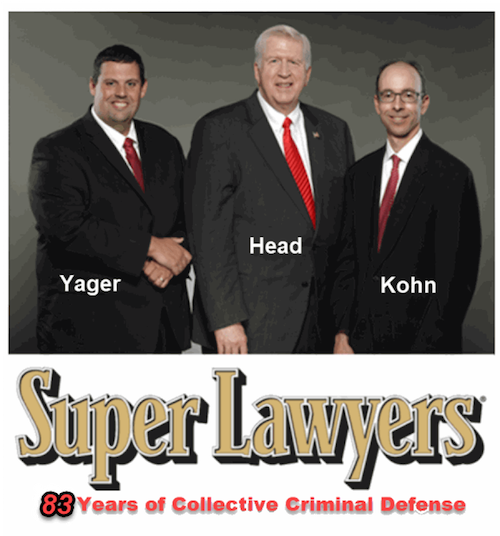