By: William C. Head, Board-Certified DUI attorney Sandy Springs GA and Two Other Top-Rated Lawyers Near Me In the Atlanta Georgia Metro Market

Facing DUI charges: If you are pulled over for a traffic offense and arrested for DUI by the Sandy Springs police in north Fulton County, you want the best DUI lawyer to fight for you. Many accused citizens search for an attorney in Atlanta to help them, or query "best attorney in Georgia" for driving under the influence.

Many people searching for DUI info will find videos or articles written by Bubba Head, Atlanta GA Attorney for 45 years in Georgia, or "the Head law firm." Much of his fame began in 1991, when he co-authored "101 Ways to Avoid a Drunk Driving Conviction" with the late Reese I. Joye, Jr., formerly of North Charleston SC.

In 1996, he launched his fist DUI-DWI website, www.drunkdrivingdefense.com, which was later changed to a national directory of drunk driving lawyers. He has also launched more intoxicated driving lawyer sites, such as www.DUIlawyer.info, www.TeamDUI.com and others.

Also in 1996, he sponsored and hosted the first ever multi-day course to train DUI defense attorneys on breath alcohol chemical testing devices, including the Intoxilyzer brand of devices. By 2003, in a vote taken by the national membership, the best attorney in Georgia for DUI was voted to be the best in America by the National College for DUI Defense. 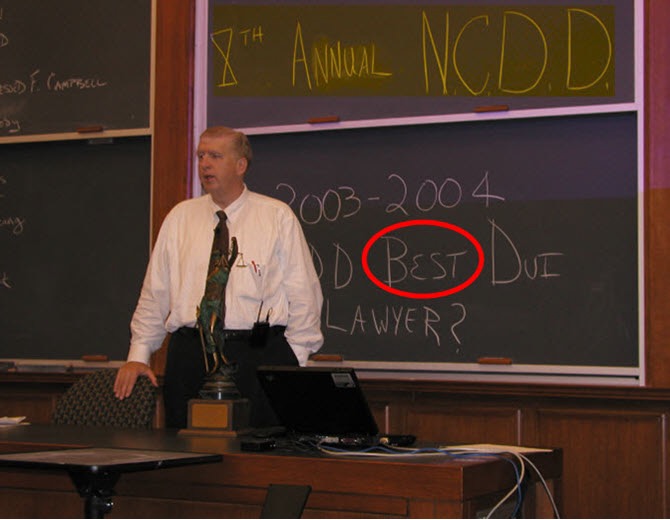 The Internet is a good, private method for locating quality DUI defenders that are aggressive impaired driving attorneys near me. A website featuring "William Head, attorney" will invariably be show, as one of the best-rated DUI lawyers near me.

Hiring needs to happen before you are arraigned at the Sandy Springs City Court or as soon as you learn about pending Sandy Springs warrants issued. Any of our GA lawyers are well-suited to provide the DUI information you need because all three has been trained as a DUI specialist.

Our law offices near me in the Prado Shopping Center is convenient to the Sandy Springs Municipal Court and only requires our lowest-level criminal defense attorney legal fee rates. Not fewer than 20 GA municipal court locations can be reached from this Sandy Springs office location within 30 minutes, even in heavy, morning traffic.

The Sandy Springs police have a DUI Task Force with several trained officers who are dedicated to finding people who are driving under the influence (alcohol or drugs). About 6 active officers are specially trained in field sobriety tests as instructors.

The Sandy Springs PD is one of metro Atlanta's better-trained police departments. Each month, the 90+ traffic officers can issue up to 1,000 Sandy Springs traffic tickets.

If you plan to win, hire an experienced Sandy Springs DUI lawyer for your DUI defense. Self-representation is OUT of the question, for those who need to try to avoid being found guilty at their court date.

This rule is especially true for any criminal charge (like hit and run GA) that has a mandatory court appearance in Georgia. Because such traffic crimes require a court to impose jail time and license suspension, you need to "lawyer up" well in advance of your Sandy Springs GA date to appear.

Being part of the DUI lawyer Atlanta group of best DUI lawyers in Georgia, our team has found that the Sandy Springs office location is the easiest to get to. Criminal defense legal services are not like a box of oatmeal that will be the same in any grocery store.

Skill levels and track records for your legal advisor differ widely, at different law offices nearby. Fewer than 5 law firms in the Peach State have DUI attorneys near me willing to travel statewide to every Georgia traffic court to defend clients for felony or misdemeanor traffic violations. Georgia lawyer Cory Yager and Bubba Head, Attorney, will travel to any court in Georgia.

In some cases, our criminal law attorneys' actions at this court can prevent a case being bound over to Superior Court as a felony, by entering a plea to a lesser criminal offense. An example of this is a DUI-accident for which the personal injury to another may rise to the level of serious injury by vehicle GA.

Do I Need an Atlanta DUI Lawyer or Other DUI Lawyer GA in Sandy Springs GA?

Call only the best Sandy Springs DUI attorneys for drunk driving, and our law group has three of those top-rated DUI defense attorneys UNDER ONE ROOF. Although most cases on the court calendar are traffic violations, those who are accused of violating Sandy Springs GA ordinances (e.g., a noise ordinance or operating without a business license) are also prosecuted here. 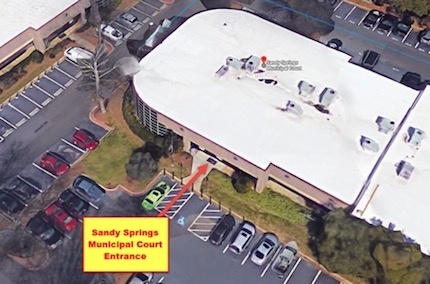 Our law firm near me has been in Sandy Springs, Georgia since 1996, which is before the City of Sandy Springs was formed and incorporated. Those 25 years are longer than MOST Georgia DUI attorneys have been licensed to practice law!

Our main law office location (with 3 other Fulton County and Cobb County locations) is in the historic PRADO Shopping Center, 5600 Roswell Road, a location that is very easy to access from either Georgia 400 or I-285. Most often, our DUI attorneys are at this office.

Call today to our lawyers in Georgia for a FREE lawyer consultation at (404) 567-5515. Our legal team can accommodate a Zoom call, and in-person call (using social distancing), or by telephone call. It is your choice. When you can call top-rated legal services providers and ask a lawyer Georgia questions about you case, for FREE, why have you not yet dialed our number? 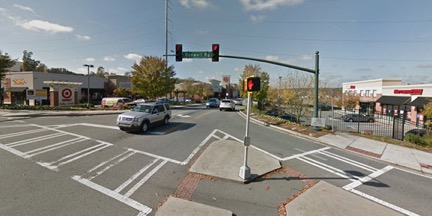 WARNING! 30-Days to Appeal Your Pending Administrative Suspension or Obtain an IID

If your driver’s license was TAKEN, you only have THIRTY DAYS to act to protect your right to drive. Because officers seeking a post-arrest DUI must read you the implied consent warning prior to collecting the forensic alcohol breath test, blood test, or urine test, this same legal advisement carries loss of license consequences for refusal. 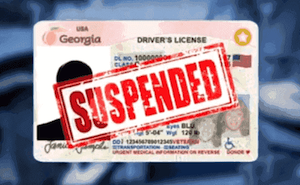 For Georgia licensees (not those who had an out-of-state driver license when arrested) TWO options for being able to continue driving exist:

(1) Installing a 12-month, mandatory ignition interlock device (IID), or
(2) taking a traditional appeal to Georgia DDS by requesting a hearing before an administrative law judge for determination of whether your driving privileges should be suspended. DO NOT “guess” at which way to go, on this important aspect of your case.

Plus, unlike about half the states in the U.S., Georgia has no diversion, no  conditional discharge, no first offender plea, and no youthful offender law for driving while impaired. Plus, a DUI expungement in Georgia is a PIPE DREAM. The state of Georgia has never allowed expunction or record restriction under its DUI law and likely never will.

DUI cases are SERIOUS misdemeanors or can be felonies under certain conditions, which are set forth below. Absent an accident with serious injury or death, while operating a school bus, OR a DU first offense while the driver is transporting three or more children under the age of 14 in the vehicle, a first offense DUI is a serious misdemeanor only.

Whether a misdemeanor or felony, having a DUI on your criminal record is PERMANENT, taking the offense to the GRAVE. That is why hiring one of our award-winning criminal lawyers is critically important. Once you hire, and enter an attorney-client relationship, most of your worry should be shifted over to OUR SHOULDERS.

DUI attorney Atlanta Larry Kohn, Cory Yager, and the author bring over 80 collective years of top-level results to the table. Mr. Kohn alone has over 500 AVVO attorney reviews near me in the Peach State.

A search of the phrases "Bubba attorney" or "Bubba DUI" will give top Google results linking to William Head, Georgia attorney since 1976. The lawyer for DUI near me is THAT well-known for successfully defending citizens charged with driving while intoxicated.