DUI Probation in Georgia is part of virtually every DUI plea or jury trial for driving under the influence. The reason for this is that probation is mandatory under OCGA 40-6-391, the DUI statute in Georgia.

What is probation? A probated sentence is a convicted person’s chance to remain out of jail after a conviction. The probation aspect of a criminal case sentence is given by a judge to a person convicted of DUI instead of the person being sent to jail or prison.

Being “on probation” entails having restrictions on behavior or habits that could result in you being back in trouble. For example, for a DUI GA, a ban on consuming alcohol in any amount is common.

So, restrictive terms and conditions like “no use of alcohol at all” should be expected. Other conditions of the plea such as completing DUI community service hours and attending a risk reduction course (DUI school) are common.

Probation instead of straight jail time is a matter of the judge’s discretion. Often a DUI sentence is “part jail time with the balance to be served on probation”. 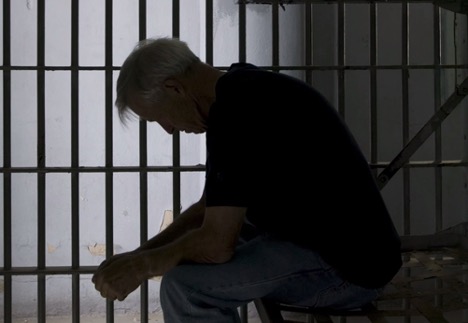 Facing a Revocation of Probation Initiated by Your Probation Officer

Violation of probation terms after a drunk driving conviction will usually result in a revocation of all or part of the remaining probation period. Sometimes you are given a written notice and will remain out of jail until the hearing.

In other situations, you are arrested, and remain in jail until your hearing takes place. If you lose this hearing, you may spend the remaining time of your probated sentence in jail or in some other form of detention, like home detention, or wearing an ankle monitor for alcohol or a GPS monitor, or immediately installing an paying for an ignition interlock device.

If the Judge finds a violation of probation has taken place, this means you will be sent to jail for all or part of your remaining probation term. In defending such cases, it is extremely important to hired experienced criminal attorneys near me for fighting being sent off to jail. Your best bet to remain out of jail is the best DUI lawyer in your local court area.

Many courts are starting to utilize intensive probation to control every aspect of repeat DUI-DWI offender’s lives. Compliance with all these terms is extremely difficult for some repeat DUI offenders, due to a loss of work time and the inability to drive a vehicle in many cases.

DUI probation should be considered a gift from a judge since he or she could have sent you to jail for the entire sentence. Typically, probation is a non-jail alternative if you comply with all of the following probation conditions:

Probation is not the same as “parole,” which is a term describing “conditional” freedom after a lengthy jail term under certain restrictions. Parole refers to the jail release given to convicted felons at or near the end of their imprisonment period that conditions their freedom upon getting a job and staying out of other legal trouble.

If you violate your parole and face parole revocation, it is likely that you are going back to prison. BUT you still need expert legal representation to minimize time incarcerated. While you still can, pick up the phone and call a well-known, highly qualified DUI lawyer in your area.

Your initial FREE consultation can tell you what to expect, and what to start doing before any hearing takes place. Call today for your FREE lawyer consultation at (404) 567-5515 anytime day or night.

Our attorneys in Atlanta have collectively handled over 10,000 DUI cases, but most of our clients do not have pronation violations. When they do, they call us. Let a proven DUI expert attorney from our DUI law firm try to find a way to keep you OUT of jail for a VOP in Georgia (violation of probation).