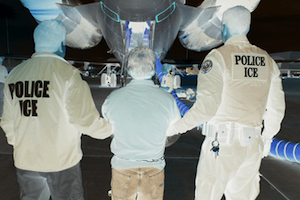 Criminal offenses, for a non-citizen working in America, is highly serious. Persons granted an H1B visa, or a green card, and the related immigration status of their family members, is tied to Donald Trump immigration policy. All Americans and non-residents are living in uncertain times as each new day seems to bring terrifying Trump immigration news. This page helps sort through which legal issues pose the greatest risk, and why hiring the right Georgia lawyers for criminal defense issues is critical.

Every person in America on a temporary status of visa knows that a felony conviction for certain types of crimes can lead to permanent exclusion from the United States. This definition of deportable crimes is in flux, and changes with each new Administration.

Criminal laws in America are the world’s toughest. However, far more at stake for persons who are not U.S. citizens, for sex crimes like pandering, prostitution, soliciting prostitution and other criminal acts. Even a DUI in Georgia, that is a misdemeanor first offense DUI needs special legal help.

Plus, a considerable number of serious criminal offenses for non-residents occur in cars and trucks. These felony or misdemeanor crimes are collective called motor vehicle offenses.

In addition to standard criminal penalties, driving offenses can trigger other non-criminal consequences, such as a license suspension. This can become a major problem for getting to and from work, and (for some motor vehicle crimes) immigrants can face additional consequences for a drunk driving conviction. 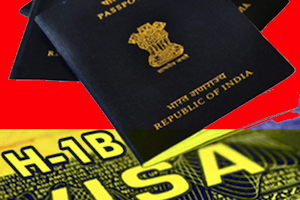 Your immigration benefits can be seriously impacted if you are convicted of driving under the influence. The offense will be permanently reflected on your criminal record, while your photograph and fingerprints will be stored in a national database.

If you already have a criminal history, a subsequent DUI conviction can even lead to deportation and cause you to be denied reentry into the country. Although you may think a drunk driving conviction doesn’t warrant such harsh consequences, a judge has the final say when it comes to your punishment. Depending on the nature of your offense and the court’s interpretation of the law, your immigration benefits may be revoked—especially if your conviction includes an aggravated factor such as driving with an underage passenger or going 30 miles or more above the speed limit.

If you already have a criminal history, a subsequent DUI conviction can even lead to deportation and cause you to be denied reentry into the country. Although you may think a drunk driving conviction doesn’t warrant such harsh consequences, a judge has the final say when it comes to your punishment. Depending on the nature of your offense and the court’s interpretation of the law, your immigration benefits may be revoked—especially if your conviction includes an aggravated factor such as driving with an underage passenger or going 30 miles or more above the speed limit.

Your pending immigration status can be stopped by a DUI conviction. And immigration laws get much more severe if this is your second DUI or more, or you already lost your driving privileges but drove anyway and got arrested again. ABSOLUTELY DO NOT DRIVE WITH A SUSPENDED OR REVOKED DRIVER’S LICENSE! Even the best DUI attorney will have a very difficult time fighting for your right to get into this country, and to legally stay.

Is Deportation Likely to Happen?

If you knowingly drive with a suspended or cancelled driver’s license, and you get arrested for DUI, then your crime can be viewed as a “Crime Involving Moral Turpitude,” or “CIMT.” A DUI conviction classified as a CIMT can lead to DEPORTATION of any alien. Multiple convictions for DUI can also lead to deportation for committing a CIMT. These are confusing and life-altering legal matters – call a highly-skilled DUI lawyer who understands DUI criminal convictions and their effect on immigration status and deportation. Your DUI attorney also can bring in a highly-qualified immigration lawyer to create a winning legal team for you and your family.

U.S. law requires all citizenship applicants to have “good moral character.” In prior court rulings a “habitual drunkard” does not have good moral character. A string of DUI convictions could be interpreted as a sign of habitual drinking, and affect immigration status. Thus, a naturalization application could be denied if the applicant has more than one DUI conviction. If you caused death, personal injury or property damages, the immigration courts hand down much more severe penalties that may include deportation.

Many people who are noncitizens of the United States may be unaware that if they are charged with a criminal offense and lose their case, they could face deportation. This law applies to illegal aliens as well as those who enter the country on a work visa. Therefore, regardless of immigration status, noncitizens should hire experienced legal counsel for representation if charged with a felony crime.

In the recent U.S. Supreme Court case of Padilla v. Kentucky, the court overturned a decision rendered by the Supreme Court of Kentucky that stated Mr. Padilla was to be deported for felony drug charges. Mr. Padilla pled guilty after his legal counsel gave him incorrect legal advice, erroneously informing him that because he had been a permanent resident of the United States for over 40 years, he wouldn’t have to worry about facing deportation. Additionally, the criminal defense attorney failed to warn him of the immigration consequences of pleading guilty to his criminal charges.

Mr. Padilla stated that if he had been advised of the risk of deportation for entering a guilty plea, he would have taken his case to trial. Because of his attorney’s misleading and deficient information, Mr. Padilla argued, his counsel was constitutionally ineffective. The Supreme Court agreed and reversed the Supreme Court of Kentucky’s decision.

After the Padilla v. Kentucky ruling, courts now advise non-citizens who wish to enter a guilty or nolo contendere plea that such a plea could lead to deportation. Attorneys who represent clients who are not citizens of the United States must be knowledgeable about immigration laws in order to give sound advice on the consequences and possibility of deportation.

In the past, allowing or preventing deportation was left up to the judge. However, changes in immigration law have widened the scope of deportable offenses. A crime of moral turpitude, which includes crimes of violence as well as any conduct that goes against community standards, could cause the offender to be expelled from America.

Fortunately, because the laws are so broad in terms of identifying what exactly constitutes a crime for immigrants, you may be able to avoid the most damaging consequences of a DUI conviction by proving that it does not meet the legal definition of a criminal conviction.

In some cases, your conviction may not impact your immigration status if you agree to seek treatment for substance abuse. It is important to consult with an immigration attorney to determine the ideal approach for your case.

Find Out More About Georgia’s Dui and Immigration Laws

Concerns over H1B visa status are a major problem for non-residents who are working in the United States from other countries under an H1B visa. Our law firm’s criminal defense attorneys KNOW what will be required to not trigger removal, deportation, or denial of the petition for admission. Plus, our law office has dealt with H1B transfer issues, stamping, and the H1B executive order issued by the President. Our criminal defense lawyers are tuned in for any new, pending Trump H1B actions, in the current volatile, unpredictable climate of Washington, DC.

Call our law office Partner, Larry Kohn for detailed, targeted legal analysis of your current legal situation. Mr. Kohn is a Georgia Super Lawyer, plus have over 400 AVVO lawyer ratings from prior clients. The Georgia criminal attorney has worked with Georgia immigration specialists across Georgia, to assure that criminal charges are handling in a manner that protects non-resident visa status. (404) 567-5515. Our criminal law firm offers attorney fees payment plans. Our lawyers in Georgia can meet with you on weekends. The initial legal advice is FREE, for an in-depth lawyer consultation.