In the age of instant information and various aspects of our lives being played out on social media and accessible by billions of computers, a person’s criminal record is an important aspect of any database search. High speed computers and data access is bringing forth George Orwell’s 1949 novel, 1984. 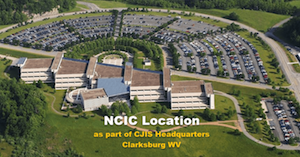 When you are pulled over for a traffic stop, or apply for jobs or seek to rent an apartment or house by filling out the realtor’s form application, or to join the military, your criminal history record information from the Federal Bureau of Investigation, state databases (e.g., the Georgia DDS or GCIC) may be accessible for certain criminal searches.

The granddaddy of such background checks is the NCIC background check, which is the primary purpose of the NCIC computer system. The National Crime Information Center NCIC is operated by the by the federal government in a massive operation located in Clarksburg, West Virginia. This is the national crime database that is accessible to a limited number of users who need to undertake an NCIC criminal history check on an individual.

NCIC database access is federally protected, which means that if someone accesses the restricted portal for a nefarious or personal reason, he or she commits a serious federal crime. In searching for the best National Crime Information Center definition, the following succinct description of this “Big Brother” information is provided from a Department of Justice federal website as follows:

The primary reason for criminal justice information systems is to allow law enforcement agents to conduct an NCIC search looking for warrants, stolen items, or known criminals on the lam. Occasionally, local news will cover a story about an fbi.gov NCIS missing person discovery. Something as simple as a patrolling officer using an ALRP (automated license plate reader) can “hit” on a “wants and warrants” NCIC vehicle inquiry

So, in practical terms, a law enforcement agent in Georgia and authorized by P.O.S.T to have GCIC NCIC certification can conduct an instantaneous NCIC check of a driver he or she has pulled over. Plus, numerous other situations may arise, such as being screened at the Atlanta airport.

NCIC, the first FBI national crime system, was launched at FBI Headquarters in Washington, DC in 1967, and was the brainchild of the legendary J. Edgar Hoover. This historic snippet from the CJIS website explains how the NCIC “Big Brother” juggernaut was launched in America:

“In the 1960s, Director J. Edgar Hoover presided over the meeting during which the decision was made to implement a computer system that would centralize crime information from every state and provide that information to law enforcement throughout the nation.”

This information on Hoover from Wikipedia, quoting President Harry Truman gives some idea into the overreaching attempted by FBI director Hoover in the post-WWII era.:

… we want no Gestapo or secret police. The FBI is tending in that direction. They are dabbling in sex-life scandals and plain blackmail. J. Edgar Hoover would give his right eye to take over, and all congressmen and senators are afraid of him.”

The first year of operations by the NCIC report system produced 2.4 million total inquiries and transactions. In 2016, the giant labyrinth of connected crime computers processed nearly 18 million inquiries in a single day. Today’s police officer can gain access through cell phone based technology like CrimeStar.

This quote from the CJIS website gives a partial picture about who can conduct an NCIC warrant check:

“NCIC has operated under a shared management concept between the FBI and federal, state, local, and tribal criminal justice users since its inception.”

How the State of Georgia Quickly Formed the GCIC

Former Gov. Jimmy Carter saw the promise of better law enforcement by establishing a Georgia state crime information center. pushed for and was able to pass legislation for a similar database in 1973. Working with Georgia’s attorney general, Arthur K. Bolton, Carter pushed state officials to conduct a study on costs and implementation.

Then, under Governor Carter’s Executive Reorganization Act, the Georgia Bureau of Investigation (GBI) was established as a separate agency from DPS (the Georgia Department of Public Safety, which has since been reorganized). The Georgia Crime Information Center (GCIC) has continued to function as a division of the GBI, based upon GCIC’s enabling legislation, Georgia Law 92A-30 (when the law was originally passed).

The GBI runs the GCIC, and every other state has a similar state agency to conduct such inquiries as an NCIC warrant search. Our state records are also searchable by other criminal justice agencies across the USA, and Canada.

How Does NCIC Work?

A real-life example works best to show the effectiveness of the FBI NCIC system. Our law firm has had a client screened after landing at the Hartsfield-Jackson airport, returning from an international flight, when an “NCIC hit” flagged the passenger. This unresolved, 30-year old DeKalb County felony warrant led to the Missouri man’s arrest by Homeland Security police. Our lawyers in Atlanta had to deal with this belated arrest, since NCIC database warrants never expire on their computer system! 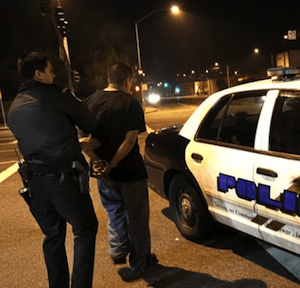 But the official federal websites discuss that (because records may be stale or outdated) the hit on a GCIC or federal database requires further inquiry, to ascertain if the record being reported may be an error. So, due diligence requires that traffic cop or border patrol officer to may further inquiry before incarcerating someone.

What Does NCIC Stand For?

You may ask, who has access to NCIC information? The following detailed description is taken from the FBI website, and breaks down how NCIC internal divisions are maintained, to focus on various types of crimes:

Call Our NCIC GCIC Attorneys in Atlanta After Your Arrest

Our law office answers your calls 24 hours a day, because no one plans to be arrested. Plus, an Atlanta criminal attorney from our law group will give you a cell phone number, when you hire our Atlanta lawyers for your criminal case. When comparing lawyers near me, start with credentials, awards and attorney ratings.