In the Legal Term Nolle Prosequi, What Does Nolle Mean?

A tiny number of states have a procedure for a nol pros (by the plaintiff) of a civil case. Other states, such as Georgia, simply call this a dismissal without prejudice that permits the case being refiled at any time within the statute of limitations.

The procedure arose in England as part of its Common Law. Most of the American states (including the 13 original colonies) adopted the English common law system, subject to creating new laws targeted to American Justice. You may be asking yourself, “is a nolle prosequi a good thing?” Yes, if it ends with your criminal record being expunged or receiving a record restriction in GA.

If a first-year law student walking in the door for the first day was asked to define nolle prossed, 99% would flunk out that same day. Not one would have a good nolle prosequi definition to offer. Yet, the crux of this legal issue has reached the United States Supreme Court and been ruled upon in a way that favors the accused, in Klopfer v. North Carolina, 386 U.S. 2013 (1967).

Often misspelled by a prosecutor (when a case ends by a nolle prosequi filed in the record), such documentation usually indicates that charges cannot be proved. For a criminal prosecution, in court documents as noelle prosequi or noelle prossed, the gist of this phrase is that the prosecutor has made a discretionary decision to drop (dismiss) the charge. 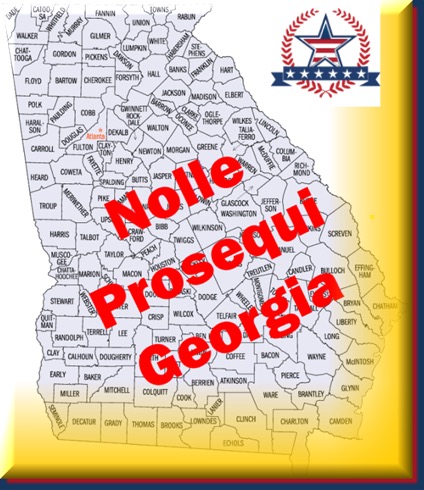 Opting to use plain, modern language, some states like New York no longer use the nolle prose phrase in 2020. Prosecutors in the Empire State simply write "dismissed," or "dismissal" on the charging document (an indictment or accusation). Four other state statutes for nol prossing criminal charges are shown in the bottom links of this page.

The prosecution invokes nol prosequi or dismissal when it has decided to discontinue a prosecution or part of it. Lawyers and judges refer to the charges “nol prossed” or dismissed.

The prosecutor may only nol pross some of the charges pending against a citizen, but not all. This way, the prosecution may proceed to trial on the remaining accusations. In such an event, this leaves no chance of restarting the nol prossed charge or charges for prosecution for the same offense or offenses.

The significance of receiving a disposition nolle prosequi indicted dismissal in a circuit court or superior court (for the accused) is huge. This nolle pros meaning brings a sigh of relief that a looming jury trial won't happen - at least for now.

What Does Nolle Prossed Mean?

The odd and unfamiliar phrase "nolle prosequi meaning" requires some explanation. The concept of how and when a prosecuting lawyer can elect to end a previously true bill indictment or accusation is centuries old.

What can then occur later, once that paperwork is filed, varies from state to state. The first question to ask is, "Can a nolle prosequi case be reopened?" Where a speedy trial issue can be raised or double jeopardy based upon timing (e.g., after a jury is sworn), can be the deciding issue.

In your state, the presiding judge may have the final approval over this decision of a prosecutor in a criminal case. But in most states and commonwealths, the trial court judge has no function in overriding this disposition of the cases other than to accept the decision to null process the case.

See some more information on 4 vastly different statutes set forth below: 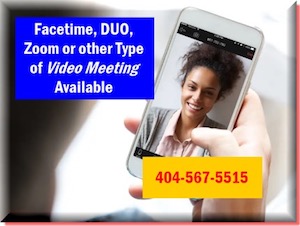 Our award-winning law firm serves metro Atlanta as well as other courts in the State of Georgia. Call today to set up your FREE consultation with a partner and legal book author at (404) 567-5515. Ask about our attorneys’ fees payment plans. With a FREE initial case evaluation , what do you have to lose?

Obtain a FREE lawyer consultation with our three law partners. This can be via virtue meeting on GoToMeeting, Zoom, Facetime or other connectivity. William Head, 44-year veteran criminal defense lawyer, Cory Yager, or Larry Kohn are standing by to talk with you in person or remotely.